In the mid 1930s, a major discussion about a new fleet program started in . There were two major options of what kind of program should be chosen. One plan was focused on a large submarine fleet and a relatively small surface fleet for coastal protection (this plan was preferred by the U-Boot faction in the Kriegsmarine command) while the other was a mixed fleet of various surface ships and a much smaller U-Boot fleet, quite similar to the Imperial Navy in World War I or the British Royal Navy. In the end, the latter plan was chosen as the new fleet building program, after several modifications it was called the "Z-Plan".

According to this plan, the German Kriegsmarine would have grown to about 800 units, consisting of 13 battleships and battle cruisers, 4 aircraft carriers, 15 Panzerschiffe, 23 cruisers and 22 so-called "Spähkreuzer" which were basically large destroyers. In addition,

many smaller vessels would have also been built.

However, these ambitious projects never were realized. It is questionable whether the German industry would have had the resources for such a monumental construction program and that the other European nations would have just stood still and not react to this program.

The realization of the Z-Plan started on . Two H-Class battleships were laid down yet three months later quit the fleet treaty with and the propaganda dream  of "No more war against " was gone.

Four months later, openly attacked and work on all Z-Plan projects was stopped. During the next months, all incomplete ships of the Z-plan were scrapped and the material was used to build additional submarines.

The H44 design was the final result of the designs for a battleship which started with the H39. Again enlarged in size and armor protection, the armament and engines did not change compared with the previous design, the H43, reducing the maximum speed to 30 kn. It was never intended to build a ship like the H44, it was a design study to see how a battleship had to be designed to be protected against all known threats. 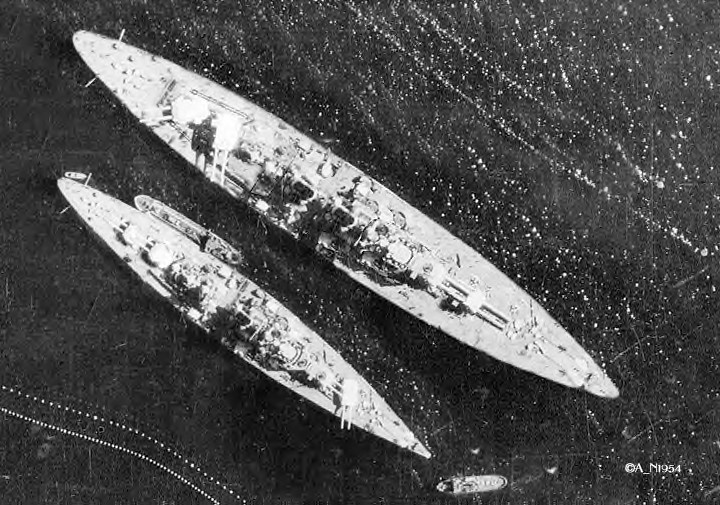 Realistic fictional depiction of H44 dwarfing the Tirpitz to the left 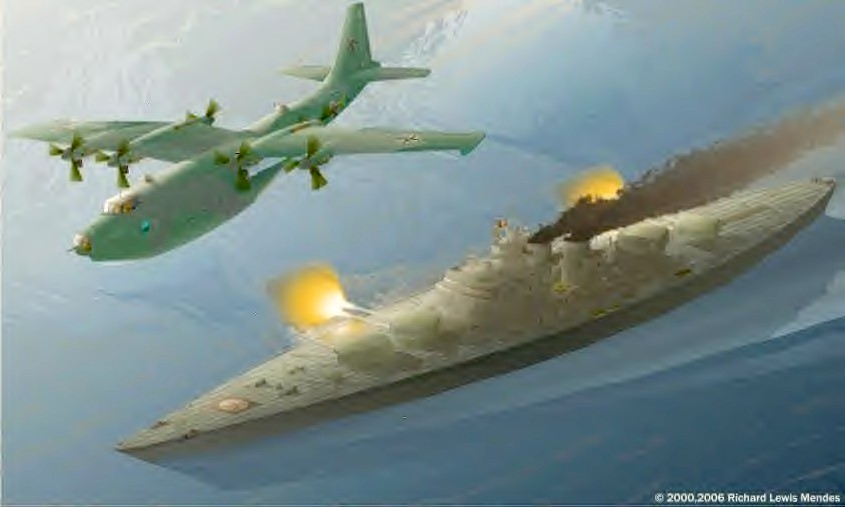