As World War II was drawing to its final conclusion, German naval designers in late 1944 were proposing some truly radical designs under desperate circumstances. Among them was the final evolutionary step of the K-Verband development for their hydrofoil attack boat projects.

Designated the TR-5b, the futuristic Tragfluügelboot concept called for the addition of twin turbojets to be added to a VS- type hydrofoil to create a high-speed, heavily-armed hydrofoil fast attack craft. The turbojets (two Jumo 004s or He S 011s) were to be mated to the hydrofoil to allow a drastic increase of speed during the final attack phase and disengagement of enemy vessels.

Although tests with the radio-controlled jet powered boat Tornado of 1944 revealed several problems with this kind of propulsion (only viable in calm seas and with persistent control problems), the addition of turbojets for the TR-5b was seen as a possible solution to increase the chance of surviving an attack against Allied ships.

Armament has never been disclosed for this vessel but from the depictions looks like standard S-boot armament of guns, torpedoes, or mines.

However, this project arrived too late and held no significant advantage over the German S-boots. Likewise, the German explosive speedboats also came to nothing except some experimentation. The TR-5b was to start construction in early 1945 but was cancelled instead by the realities of the naval war.

In the 1950s a prototype Wendell Schnellschiff (fast ship) hydrofoil type was built along similar lines as the TR-5b (minus jets) but on a drastically reduced scale. 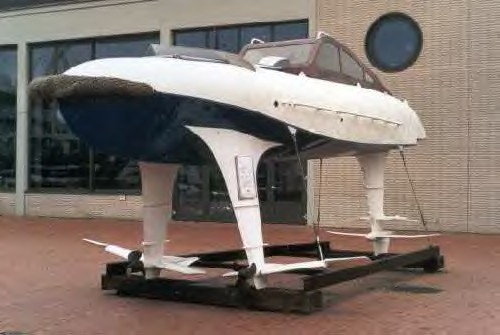 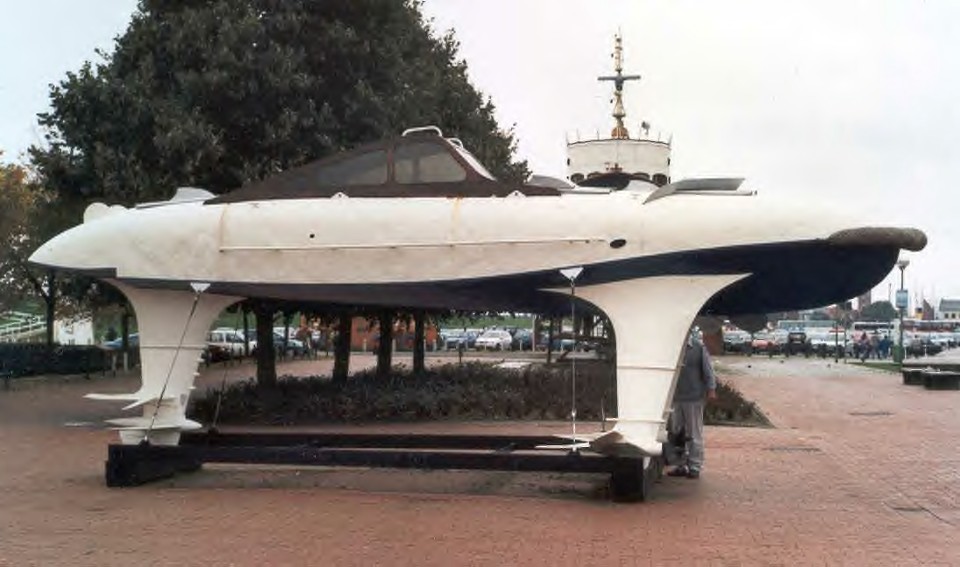 The craft is currently on display outside of the Deutsches Schiffahrtmuseum in .

Professor Oscar Tietjens, another hydrofoil pioneer, patented a surface-piercing hoop foil system that was first tested on a small speed boat at Philadelphia in 1932 (the 500 lb. craft reached a speed of about 25 mph with only a 5 hp outboard motor). Tietjens later returned to , where he continued his development work in parallel with Baron von Schertel. The VS-7 hydrofoil, a 17-ton craft with a hoop foil system, was built in at the Vertens Yacht Yard. The VS-7 was built to the same displacement and had the same power as von Schertel's VS-6. Although the VS-7 attained a speeds up to 55 knots compared to the 47 knots of the VS-6, the stability and maneuverability of Tietjen's hydrofoil was much poorer than that of the VS-6, and had difficulty with takeoff. 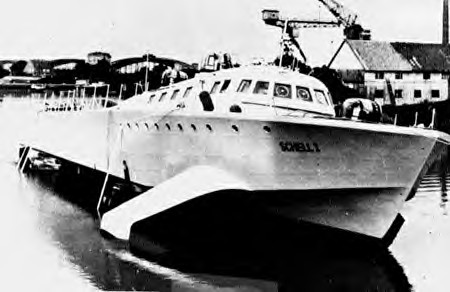 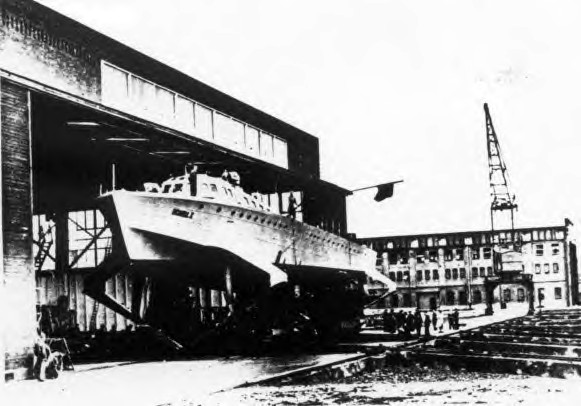 In 1943, the 80-ton VS-8 was launched. This relatively large hydrofoil was 150 ft. long and was designed to carry tanks and supplies to support Rommel's North African campaign. The VS-8, although originally designed for a top speed of 45 knots, was actually limited to 37 knots. This was because the only engine that could be made available at the time was a Mercedes Benz diesel with 1800 hp. The underpowered craft was stable in head seas but came off the foils in some tests in following waves. Furthermore, in 1944, it suffered a casualty due to sabotage and was eventually beached. At this point it was decided to concentrate on further improvements to the VS-6. 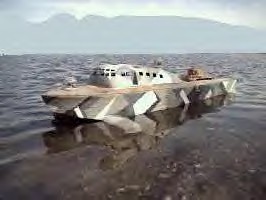 The final hydrofoil in this series was the 46-ton VS-10. It was 92 feet long and was designed as a torpedo boat capable of speeds up to 60 knots. Unfortunately, the day before its launching, it was completely destroyed in an air raid.