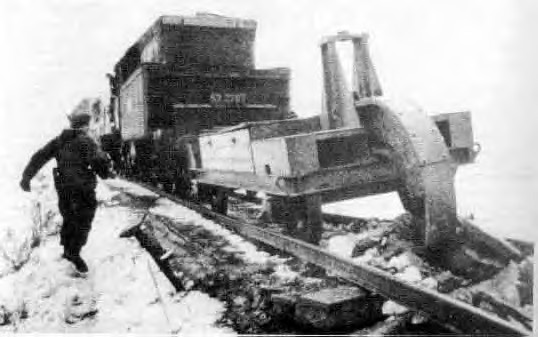 The Schienenwolf (Rail Wolf), sometimes also referred to as a Schwellenpflug (Sleeper Plough) was a German rail vehicle built to destroy rail lines through the use of an immensely strong, hook-shaped armored plough.

In combat use, a locomotive hauled the attached “rail ripper” as it became known. The hook was lowered into the middle of the track resulting in pulling the rails out of alignment, tearing up the middle of the track, and breaking the sleepers. Used in Hitler’s scorched earth policy of total destruction, especially during the collapse of the Third Reich, the Schienenwolf tore up bridges and signaling equipment as well, denying the enemy the use of the seriously damaged railways into .

A few examples survived the war and can be found in the in ,  and possibly, the ’s as a transfer. 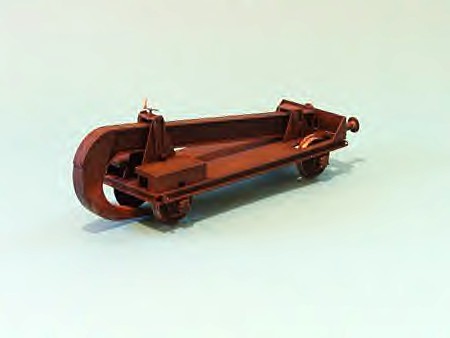