In in the 1920s and 1930s there was great interest and craze in all kinds of rocket-propelled vehicles; cars, airplanes, boats, motorcycles, roller skates, and ice skates. 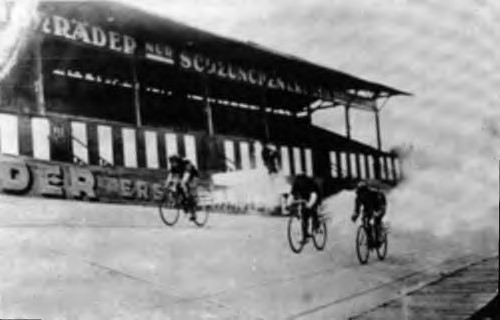 The well-known racing cyclists Max Hahn and Oskar Tietz, with an unknown partner,
try out rocket propulsion on the Olympiabahn track in Berlin-Plötzensee, in the Autumn of 1929.

However, one of the strangest and least promising applications of rocket propulsion was applied to the bicycle by the late 1920s with many German racing cyclists daring to compete with one another in dangerous track runs that largely ended in disaster.

In March 1931 Herr Richter attached twelve solid-fuel black powder rockets to his bicycle, then made a run down the Avus race track in .

He used a white box suspended from the bicycle crossbar to hold the battery used to ignite the solid-fuel rockets, controlled by switches on the handlebars.

Accounts vary as to what happened; according to one report, everything went well until he had reached 55 mph, when he lost control and was thrown from his machine. Miraculously, he was not seriously injured. 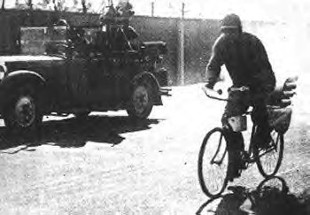