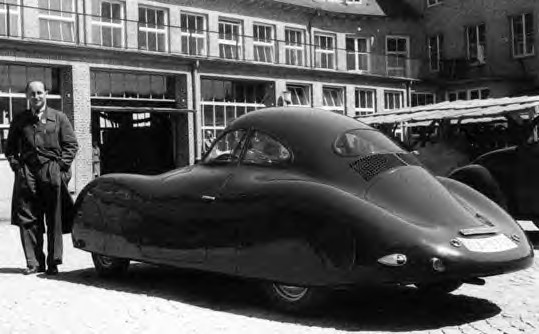 Two of Dr. Ferdinand Porsche's goals were to build an economical car for the masses and to build a sports car. The Volkswage Type1 (a.k.a. Kdf-Wagen) fulfilled the first goal and provided the means to realize the second - the little-known Type 60K10, which would be the basis for the postwar 1948 Porsche 356/2 coupe and the start of the Porsche sports car line.

However, when Dr. Porsche approached the DAF (German Labor Front) with the concept of a racing version of the Type 1 he was rebuked as it was not "in the spirit of a utilitarian Peoples Car". So he pushed ahead on his own with a design of a new coupe with a mid-positioned water-cooled V10 engine which incorporated no KdF-Wagen parts.

Then the authorities recognized that a sports design based on the KdF would provide good publicity. Porsche was authorized to proceed with the new concept with a view to running the car in the projected Berlin-Rome-Berlin road race in September 1939. A win for Nazi Germany would be used for propaganda purposes of German superiority.

Porsche, therefore, designed the Type 60K10 on a stretched Type 1 floor plan but with a higher-hp VW engine of 50 hp (versus 22 hp standard) with larger valves, twin carburetors and higher compression ratio.

The Type 60K10 was to compete in a road race planned for September 1939, but the race was canceled by the onset of World War II that same month.

A similar fate befell the Mercedes T80 land speed record car that could not compete in the projected 1940 record attempt that would have utilized the new Autobahn. 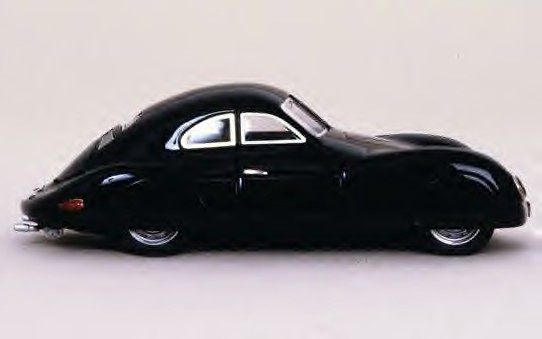 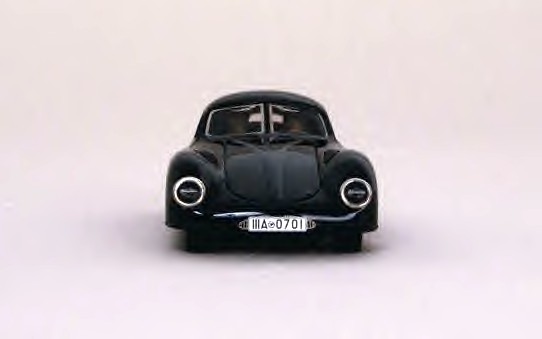 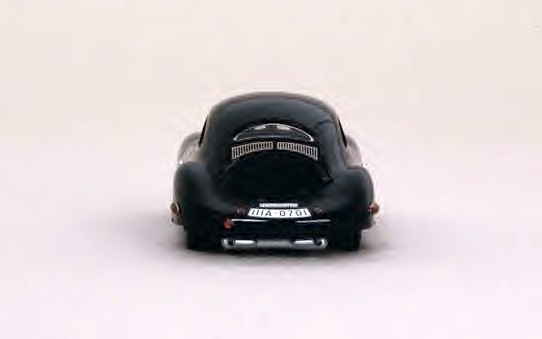 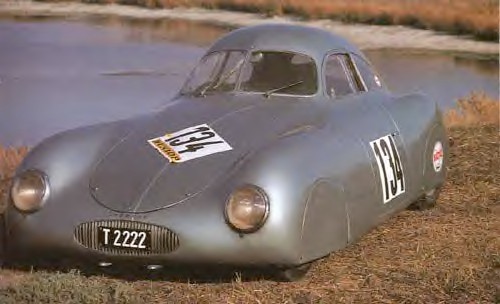